Jocelyn aka “KayLee Smiles”, Wee Yogi’s very own founder, is an innovative children’s music performer. She’s composed revolutionary yoga and mindfulness music that is educational, fun, and inspiring for children of all ages. Her yoga and mindfulness tunes are both playful and educational. She consistently promotes positive messages and emphasizes mindfulness for kids through her fun, positive-message filled lyrics.

Kaylee Smiles  Aka Jocelyn Kay Levy has been working with children with music, yoga and dance since 1997. Her career began in the Bay area, where she began teaching dance to kids of all ages and disabilities. While she was teaching, she built a name for herself playing in various clubs and festivals with her original music. Later she decide to moved to the East Coast to immerse herself in the NY musical theater scene and attend the American Academy of Dramatic arts. But the California shore called Kaylee back west. She decided to move back west, but this time to Los Angeles to pursue her true love for music!

It was there in Los Angeles that Jocelyn started teaching music and sign language to babies and tots. Pretty soon, her life purpose became crystal clear: to bring her love of music and Yoga to kids! This is where Jocelyn became KayLee Smiles after writing her first hit, Cat Cow!

Wee Yogis Play is Kaylee Smiles’ original album, designed to teach kids yoga and meditation, as well as mindfulness for kids through an entertaining sequence of yoga songs, poses, games and fun. The album features 16 fun and interactive songs that come directly from our inspiring children’s music performer.

Wee Yogis Connect, the 2nd album, teaches children to focus and be present through yoga poses, games, and mindfulness exercises. Each song offers a different theme and is intended to help children focus on different parts of the mind and body.

Kaylee, as a children’s music performer, had gained more experience by the time this album came out. The album offers a range of music from high-energy beats to low-key meditative musical notes.  Sound Adventure is a beautiful sequence of nature sounds created to help kids develop concentration and awareness to the present moment.  My Boat, is a catchy song that helps teach children that they have the power to choose their emotions and thoughts. Body Scan is a song that guides children through a meditative exercise used to relax targeted areas of the body and help release tension. I Am A Rainbow creates a rejuvenating spirit that brings awareness to the chakras and enables children to recognize and learn about their feelings.

Discover how mindfulness for kids can benefit your kids with Kaylee Smile fun, and exciting children’s yoga music singles and albums. Wee Yogis also features yoga music events and even a yoga musical to children across the nation brought to you by our favorite children’s music performer. 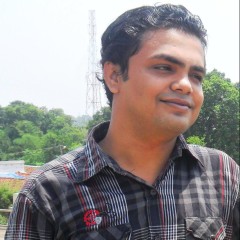 © Copyright Wee Yogis, LLC Made with in San Francisco.

Sign-up to receive a song that will help you introduce yoga and mindfulness to kids!